City
State Enter a valid state.
Use My Current Location
Thank You
You're on the list!
It's time to start saving money and enjoying your cleaner & healthier home!
save on your next cleaning!

Enter your Email Address, Mobile Number or both, along with your Zip Code, to join our list & receive special promotions plus other offers.

save on your next cleaning!

Multiple locations provide service near you.

By providing your mobile number, you agree to our SMS Terms & Conditions and Privacy Policy. Message and data rates may apply. Text STOP to cancel, HELP for help to 1(833)299-3960.

Sorry, there was an error submitting your subscription request.
Dryer Vent Cleaning
back BACK

How to Clean Dryer Vents

Cleaning dryer vents is a serious task. Clogged vents not only mean longer drying times, but they’re also a top source of house fires. If you notice your clothes are taking longer to dry, it’s time to clean your dryer vents. Learn how with this guide. 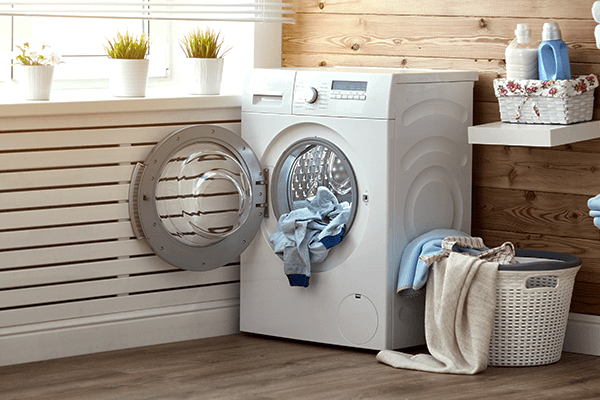 What is a Dryer Vent?

A dryer vent is where heated water vapor and lint-filled air escapes the dryer. This air needs to be expelled outside due to excess moisture that would lead to mold and mildew growth if it was circulated back into your home. From the dryer vent, the air is moved through an aluminum or metal duct that safely leads to the outside exhaust vent of the home.

How Often To Clean Dryer Vents

Household size, how frequently you do laundry, and laundry load sizes all play a role in how often your dryer vents should be cleaned. Since everyone’s situation is different, it’s safe to say that you should clean your dryer vents at least once a year.

Signs Your Dryer Vent is Clogged

After learning the basics of dryer vent systems and lint buildup, here’s what you’ll need to clean out your dryer vents:

Lint trap filters should be routinely cleaned before every dry cycle. Regular maintenance is an effective way to prevent lint buildup in your dryer. Clean the lint trap vent by wiping off all lint on the screen with a paper towel.

Additionally, dryer sheets can leave a residue on your lint trap filter that builds up with each cycle. If this is the case for you, clean the filter with a scrub brush and warm water with dish soap. Then, rinse off with water and dry with a fresh towel. 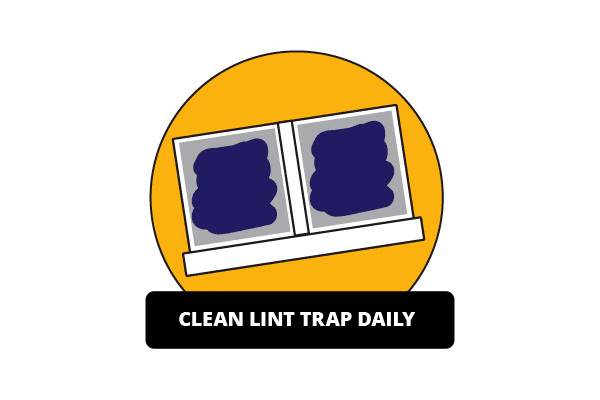 With the lint trap still removed, you can now clean the lint trap housing. This is where brushes from a dry vent cleaning kit come in handy. Using a long flexible brush, loosen any stuck lint in and around the opening. By gently twisting and rotating the brush, you’ll be able to get out tough to reach clumps of dirt. If you’re asthma or allergy-sensitive, we recommend you wear a face mask while you clean so you don’t breathe in dust and lint.

During this process, you can also use a vacuum with a long brush attachment to clean lint after you loosen it up. You can also use the vacuum to clean off the brush bristles. Repeat these steps until there’s no more lint. 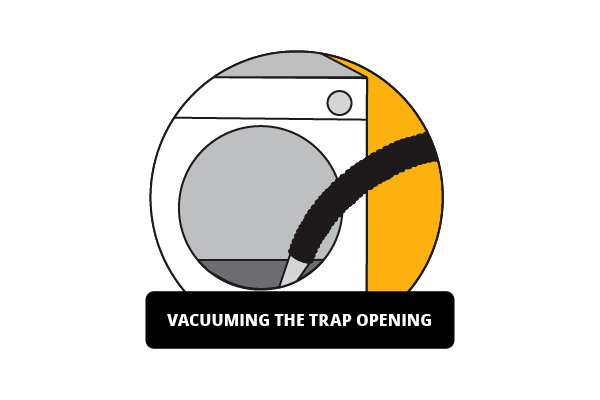 Start by unplugging your dryer’s energy cord. Or, turn off the gas valve if you own a gas dryer. Then, pull the dryer about a foot away from the wall. Next, disconnect the valve clamp from the back of your dryer. This could require unscrewing the clamp with a screwdriver. Some clamps can just be simply pulled off by removing any tape. Now, remove the end of the duct that connects to the exterior wall. Similar to the step above, this may require a screwdriver or it could be as simple as removing taping around the vent.

4. Brush Out Back of Dryer

Wearing gloves, remove lint from the back opening of the dryer. Then, take another long, flexible brush to loosen and remove all stubborn lint. Vacuum inside with a brush attachment to extract lint as well as cleaning off the brush bristles as you go. Repeat brushing and vacuuming as needed until the back of the dryer is clear.

5. Brush Out the Duct

Note: If you have rigid, flexible ducts made of aluminum, it’s recommended to replace it with smooth-walled metal ducts. Rigid interiors actually make it easy for lint to get trapped in the grooves of the duct.

Next, go outside and unscrew the exterior vent cover from your home. Vacuum and brush from the outside as you did for the inside. Be sure to clean and brush off the vent cover as well.

Pro Tip: Place a trash can underneath the vent that leads to the outside. This will catch most lint that falls and make it easier to vacuum up after. 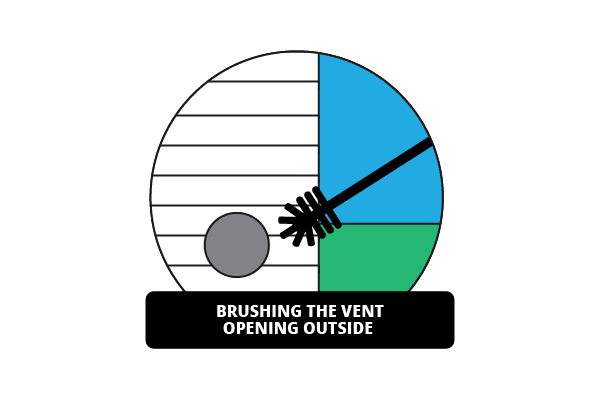 After cleaning all of the openings and vents, it’s time to reattach the ductwork. Before reattaching, be sure to check that your duct is intact and no damage was done. Then, tighten the duct to the dryer and the outside clamp with a screwdriver. Next, seal the duct to both areas using flexible foil duct tape. Avoid using regular plastic duct tape because it dries out over time. 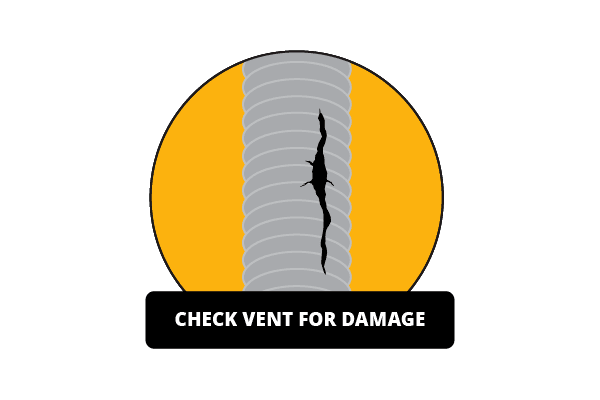 Finally, move the dryer back toward the wall, plug it in or turn the gas valve back on, and voila! Your vents are now clean and your dryer is back to working safely and efficiently.

If you’re still not comfortable cleaning dryer vents on your own or want the most thorough clean, it’s time to call the pros. Stanley Steemer offers a number of services for your duct systems such as dryer vent cleaning, air duct cleaning, and exhaust fan cleaning. Call 1-800-STEEMER to schedule your services today!